Client Information Sheet
In order to spend our initial interview time as productively as possible, it will be most helpful if the client will please print out our Client Information Sheet, and fill it out as completely as possible. This will save you, the client, your valuable time at our office, and will enable you to complete the forms with the information there at your fingertips. For us to have a comprehensive picture of the events during and preceding your arrest we need you to provide a detailed Narrative on the day of arrest. Please provide the requested information as accurately and clearly as possible.

You should also start to think about helping us gather certain kinds of information that may assist us in the preparation of your defense.

Records That You Will Want to Assemble
It is never too early in the process for you to begin acquiring certain records that may assist us in the preparation of your defense, such as: 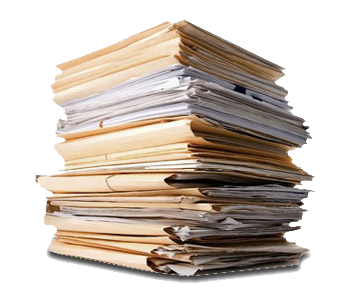 1. Medical records: If you have a medical condition that you believe would have affected your performance on the field sobriety tests, it is never too early to start thinking about obtaining your medical records. It may take a significant amount of your time in order to prepare a list of health care providers, their current addresses, telephone numbers, and, e.g., dates of treatment.

You should make a list of, e.g., physicians or therapists who may have provided diagnoses, treatments, or therapy for such conditions as: “nystagmus” (a pronounced involuntary jerking of the eye, sometimes cause by a concussion); back problems that would affect your ability to perform a balance test, such as the one-leg stand; dyslexia, which might interfere with your ability to read a card, such as the Dallas Jail’s “Six-Flags Card”; diabetes and hypoglycemia, which may mimic some, or all, of the symptoms of alcohol intoxication; if you feel that you may be overweight, this is a known factor that can affect your performance on the one-leg stand test, so you should immediately go to a physician or minor emergency clinic and have your height & weight taken and entered of record.

If you answered a police interviewer’s questions about any medications that you may have taken on the night of your arrest, then you should carefully write down the names of those medications, locate and preserve the container in which it was sold to you, and locate, or secure from your pharmacist, the drug store “print-out” pertaining to each such medication.

2. Vehicle Inspection: If you suspect that mechanical difficulties may have caused the reasons for your initial encounter with law enforcement, then take that vehicle to the shop immediately. If your car was “pulling to the right”, take it in for an alignment and ask the technician to carefully report the vehicle’s condition when you brought it in. If the officer said that it appeared to him that you were not wearing your safety belt, but you were, document those tinted windows and show how no one could have possibly seen that.

3. Cellular Telephone Records: Your “cell phone” records may sometimes establish where you were, when you left a particular establishment, and why you may have been paying less attention to the road than you should have been. These records should be preserved and should be matched up to those of, e.g., your friend who heard the audio portion of your initial encounter with the arresting officer. In our practice, we have actually gotten to hear an entire conversation [recorded inadvertently on a telephone answering machine] between a client and his girlfriend immediately preceding a serious traffic accident in which he was conveying a present sense impression of the bizarre and dangerous behavior of a motorist in the seconds before an accident that was caused by the actions of the other driver. This type of recording may be admissible in the trial of your case, so locate it, identify it, and take steps to preserve it in a manner that will make it admissible in the trial of your case.

4. Toll-Tag Records: Your “Toll Tag” records may sometimes establish where you were and when you left a particular establishment. 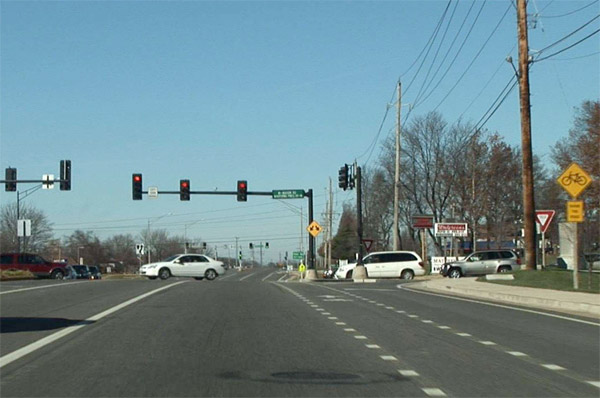 1. Photograph the Scene: In the “Big City”, the scene can rapidly change in a single day. It is never too early to return to the scene in order to preserve the key evidence in your case, which is often the highly ephemeral lay-out of a construction zone. We have won many DWI trials because the testifying officer ignored, forgot, or possibly deliberately fabricated the layout at the scene of a DWI arrest. Go back to the scene with any witnesses, if possible in the same vehicle that you were driving when you were arrested, so you can show that vehicle in the photograph.

If you have a video recorder, then video the entire scene. We also favor those disposable wide-angle cameras that you can purchase at any drug store or discount “super-store”. The wide angle will enable you to make a photograph that will capture the nuance that you are seeking to capture, as well as to leave room to show a “landmark” within every photograph, such as crossed street signs, street address markers, or names of businesses, so that an arresting officer cannot claim to be unable to identify the photograph at a later hearing.

You should think in terms of a “photo essay”, where you tell your story of your DWI arrest in a series of photographs. Pay particular attention to scenes containing: broken-up concrete sidewalks where you were forced to “walk-and-turn”; parking lots with a considerable pitch; locations where you were exposed to flashing lights or rapidly-moving traffic, which would invalidate law enforcement’s “horizontal gaze nystagmus test” (i.e., when the arresting officer made you watch a pen as he moved it back-and-forth in front of your eyes); the roadside where you were practically blown off the road by the “slip-streams” of “18-wheelers” while standing on one foot.

You should attempt to identify the location of your arrest by specific Mapsco pages. If you do not feel that you are competent to at least attempt to photograph the scene yourself, we have investigators who are highly skilled at creating visual aids for your defense. However, you should already be aware of whether the scene of your arrest is likely to undergo dramatic change, such as Dallas’ “High-Five” construction site. A critical element of your defense is likely to disappear, literally overnight.

Accident locations are particularly vital. Skid marks fade over time. “Debris fields” are critical to identifying what happened, where, and how. If you were in an accident that was not your fault, we have accident investigators who, for an additional fee, may be able to help you prove your theory of how the accident happened by means of hard science that yields inarguable conclusions.

We recently helped a client receive a “no-bill” in an intoxication assault case because the photographs of the vehicle conclusively demonstrated to an accident investigator that the arresting officer’s analysis of the reasons for an accident were scientifically impossible.

2. Go Back to the Restaurant or Bar where You were Drinking in Order to Identify Potential Witnesses: If a bartender is ever going to remember you, it is shortly after (s)he waited on you. If you wait too long to return to the establishment, this potentially favorable witness’ memory will fade. You may be able to obtain a detailed invoice containing every ordered item, if you act quickly.

Receipts are potent evidence. Account for every listed item. Your friends will be in a better position to claim any particular item on the bill as theirs, if asked within a day or two after a big event, such as an office “get-together”. This will provide a good opportunity to identify every individual who made that particular scene. You might also be able to get the bartender to confirm that he poured each drink with a jigger or with a metered “gun”, rather than by “eye-balling” the “pour”.

Remember, since intoxicated individuals do not remember details, your familiarity with the scene, the list of refreshments served, the identities of individuals who were there, and the documentation of the transaction will enhance your credibility, and that of your witnesses, through the eyes of the jury.

Contact Your Witnesses
We know that this is one of your most embarrassing moments. However, you may be surprised by the reaction of your friends that were at the, e.g., “office party” to the news that you were arrested for a DWI shortly after you left. They will never have a better memory of what happened that night than the following day. It will greatly assist their credibility if they can truthfully testify that they remember the event so well because you called them that next morning, told them that you had been arrested for DWI, and they went over the details of the previous evening then and there. They may still have the telephone number of that casual acquaintance who sat with you. They will not have it next month. Nicknames are not going to help much.

We will need full, proper, legal names, current addresses, additional contacts who will always know where your witnesses are, all telephone numbers (e.g., home, office, “cell”/mobile, E-mail, and the girlfriend’s telephone number where they actually live except when her parents are in town), where they work, and plans to leave town for the next year (or two). This is no joke. This is your future and civilian witnesses are the biggest “Achilles’ heel” for your chances of a successful outcome. They can make or break a case.

They frequently don’t want to become involved for all sorts of reasons. However, they are already involved. Social drinking is not illegal–yet–in spite of the best efforts of well-intentioned but misguided fanatics. People who drink responsibly and then drive will have to hang together–or hang separately. Many people are seriously offended by the prospect that you were arrested, apparently at random, after having consumed alcoholic beverages responsibly in their presence.

Passengers who were arrested for public intoxication for no good reason should be informed that they have the right to the assistance of a lawyer of their choosing, the right to a trial, and the right to contest false accusations.

Now that the mere presence of a child in your vehicle can expose you to a felony grade DWI offense (i.e., DWI with a person who is under the age of 15 in the vehicle is now a state jail felony) so day-care workers, baby-sitters, and the children themselves will become critical witnesses as to your sober condition. After an initial interview, but prior to your actual trial, we will want to have your witnesses come to our offices, watch your police video, watch our “Defense Witness Preparation Video“, and “suffer through” a sample cross-examination by one of our attorneys in order to “get the feel of the courtroom”, a process that will involve a substantial commitment of time from your witnesses. You may look here on our website for sample questions.

Next Obtaining and Reviewing the Police Video